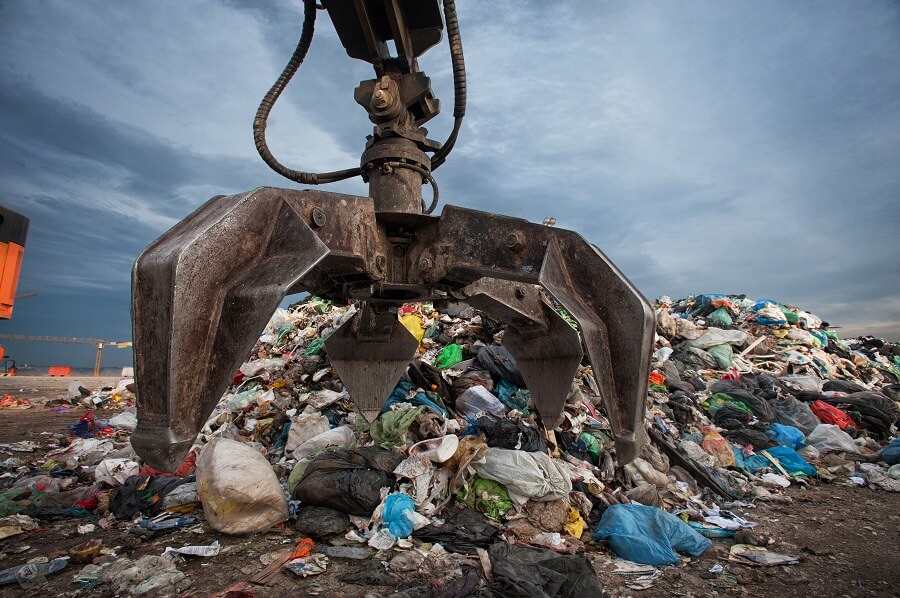 Leaders in the South African waste management industry have their sights set on expanding the country’s waste-to-energy potential.
Exploring this has two significant benefits. Firstly, it provides an alternative to landfilling as the country is fast running out of landfill capacity. Secondly, this form of recycling provides a source of renewable energy which helps the country keep in line with its carbon emission reduction commitments.
Waste-to-energy (WtE) involves the physical, chemical and biological processes that give municipal waste a second life, says Jan Palm, president of the Institute of Waste Management of Southern Africa (IWMSA).
He explains that the most common way most municipalities deal with waste is by sending it to landfill. There the waste is compacted, covered and hopefully never seen again, he says.
Palm explains that landfilling is not desirable when considering the waste hierarchy as it poses many environmental risks if incorrectly located, poorly designed or poorly operated. “Consequently, the waste management landscape needs to explore technologies to maximise diversion from landfill, such as the WtE process,” he says. “Not only does WtE alleviate the burden on available landfill airspace, it also provides an entirely new source of energy for South Africa, which can power many homes.”

How does it work?

Municipal solid waste consists of everyday household and garden waste, commercial waste, and sometimes industrial waste. This can be recovered and separated into different parts, such as recyclable, organic and non-recyclable materials.
Municipal solid waste first enters a Materials Recovery Facility (MRF) which is a physical separation process used to recover all recyclables to re-enter the market. What remains after the recyclables have been removed is the organic part and non-recyclable part of the waste.
The organic fraction, which consists mostly of food waste and garden refuse, then goes through a biological treatment process known as anaerobic digestion (AD). This involves bacteria that thrive in environments in the absence of oxygen, which break down the organic waste (much the same as what happens inside a landfill).
Instead of occurring in an open environment, this happens in closed reactors so the two by-products, biogas and digestate, can be collected. Methane gas when combined with carbon dioxide makes up the biogas. This can then be used as a source for energy (electricity and/or heat) production. The digestate can be used to produce low-grade compost or can be added to the non-recyclable part to be thermally treated.
Thermal treatment as part of the WtE process typically occurs in three different ways namely: incineration, gasification or pyrolysis.
Incineration, also known as mass burn, is the most common process which involves using the heat that is generated during incineration to turn water into steam. The steam turns a turbine to produce electricity1.
Gasification is a process that turns organic waste into syngas, a gas containing up to 60% carbon monoxide, 25 to 30% hydrogen, 5 to 15% carbon dioxide, and 0 to 5% methane. This syngas is used to produce electricity.
Pyrolysis involves heating the organic waste to speed up the decomposition process, however this occurs in the absence of oxygen so that the waste does not burn. The products of this process include syngas and bio-oil2.

“To ensure that air quality regulations are met, WtE plants will implement emission treatment technology followed by an emission monitoring system to ensure air quality compliance,” Palm explains. “This is normally a condition that follows the environmental impact assessment (EIA) process, which is a statutory requirement before any WtE activity starts.”
“Our country is governed by strict environmental legislation, which will determine the best route for integrated waste management, which includes WtE,” Palm adds. “By utilising WtE as one of the technologies to divert waste from landfill, we progress up the Department of Environmental Affairs’ Waste Hierarchy. Landfill, although it will always act as a safety net when all else fails, still remains the least preferred waste management option according to the hierarchy.”