South Africa one of the worst environmental polluters, research shows 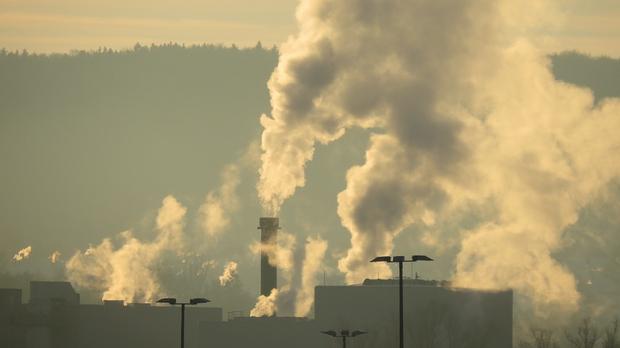 A  recent international study has shown that South Africa – in terms of its environmental impacts – has one of the worst track records.
The recently released report from MoneySuperMarket, a price comparison website in the UK, found most other African countries fared well.
“The new research highlights the individual contribution to the world’s climate  as well as highlighting areas for improvement for each country. The study helps identify the biggest contributors to negative environmental impact,  but the results are also surprising, placing five African countries in the top 10 for lowest environmental impact,” the report said.
The report found that almost all Mozambique’s energy came from green, sustainable sources and it produced just 0.14kg of waste per person per day.
The US, by comparison, produces 2.58kg daily.
Zambia had the lowest CO2 emissions of only 0.07 tons per person, while in Trinidad and Tobago, the worst country for environmental impact,  CO2 emissions stood at an average of 37.1 tons per person.
Kenyans also ranked well with the third-lowest air pollution rates, while Ghana had the lowest municipal waste level per person (0.09kg per day), compared with Irish citizens who amassed 3.58kg per day.
South Africa ranked as one of the 10 worst countries for its impact on the environment.
“In comparison with other African countries, South Africa came out worst for their human impact on the environment, along with Trinidad and Tobago, the US and China.”
The study found that only 1.01% of South Africa’s energy came from green sources, which was second only to Trinidad and Tobago.
“South Africa’s CO2 emissions equate to 9.3 tons per person, compared with Mozambique’s levels of just 0.1 tons per person.”
Local researchers were not surprised by the report’s findings.
David Hallowes, a researcher at environmental justice NGO groundWork, said the country generated most of its electric energy from coal, and made nearly a third of its liquid fuels from coal.
“It has one of the most carbon-intensive energy systems in the world.
“At the same time, air pollution from those processes destroys people’s health and water pollution from coal mining is destroying whole river catchments.”
At the same time, he said the study was “thin”.
“They don’t say what is or isn’t green energy. A glance at the scores suggests that big dams are counted green. We would dispute that.
“Most striking is that poor countries are at the top of the rankings. It looks like they are there just because they are poor, not because they are doing anything right.”
Source: http://www.iol.co.za/mercury/news/south-africa-one-of-the-worst-environmental-polluters-research-shows-10019891