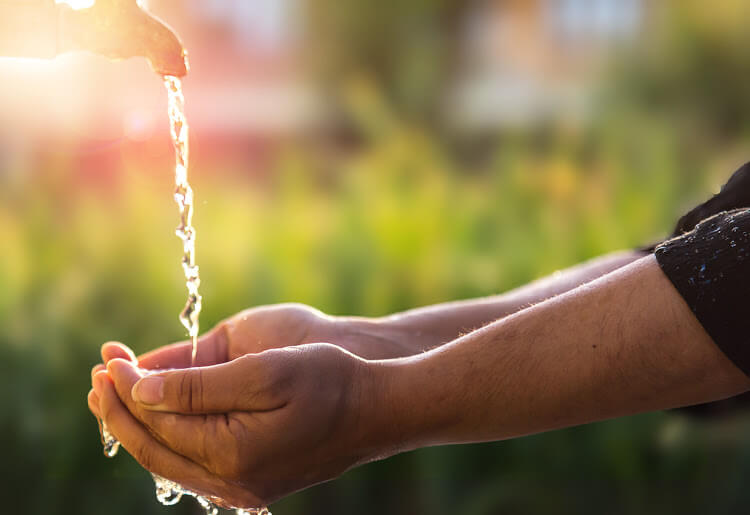 In the face of global climate change and the worst drought in living memory, the City of Cape Town issued South Africa’s first true green bond last month.
The proceeds of the hugely successful issuance will be used to fund and refinance green projects in the city, including its emergency water-supply schemes designed to address the severe water shortage that has led to the city’s dams reaching worryingly low levels.
The city’s green bond is a first in South Africa and the only green bond in the country to be accredited by the Climate Bonds Initiative (CBI), a global organisation that promotes investment in climate-change projects and provides green bond certification. It is also the only green bond in South Africa certified by ratings agency Moody’s as GB1, which it describes as “excellent”. The formal accreditation of green bonds is not the norm nor a listing requirement in the South African bond market, a shortcoming that may result in so-called “green-washing”.

Accreditation by the Climate Bonds Standard has also benefited the bond, as the certification is given only to true green bonds that meet the body’s requirements. The comprehensive accreditation process involves an in-depth pre- and post-issuance assurance by an independent verifier approved by the CBI. In addition, the City of Cape Town has undertaken to keep reporting to bondholders on the application of the proceeds. These initiatives have helped provide investors with additional comfort regarding the ultimate use of the bond’s proceeds.
The Moody’s certification has also highlighted the city’s long-term strategy of adapting to climate change through investments in water, sanitation and transportation projects. The ratings agency also supports the city’s approach to “identifying, qualifying and selecting environmentally beneficial projects and assets, the adoption of comprehensive disclosure commitments that extend for the life of the bonds, as well as the tracking and short-term cash investing policies in line with its cash management guidelines applicable to any remaining balances”.
South Africa’s first real green bond supports the City of Cape Town’s pioneering stance on climate change and its commitment to creating a water-resilient city. The city’s emergency plans to boost water supplies during the current drought include accessing the Table Mountain aquifer, building a temporary, small-scale desalination plant offshore, intensifying its pressure and demand management programmes, and introducing a R120-million small-scale waste-management plant.
Medium- and long-term programmes include encouraging new design, innovation and technology in public infrastructure and private households to save water, while also embracing more fully small-scale, decentralised water augmentation schemes such as the Table Mountain aquifer, seawater desalination, water reuse for potability and the Cape Flats aquifer schemes.
Some of the specific water-saving initiatives to be financed by the City of Cape Town green bond include the upgrading of reservoirs, the implementation of pressure-management systems with zone and valve metering, the treatment of effluent to transform it into potable water, and replacing and upgrading sewers and sewer pumps.
Only three climate-related bonds have been issued so far in South Africa with the City of Cape Town’s bond the only true green bond. However, as issuers and investors look to their sustainability ratings and corporate social responsibility initiatives, the popularity of these issuances is expected to increase.
The issue of green bonds will also be encouraged by the launch of the green bond segment by the JSE in September where green bonds that comply with the exchange’s criteria can be listed. The segment is expected to cater for institutional investors who are increasingly demanding socially responsible investment opportunities to address their environmental, social and governance mandates, and for retail investors who prefer sustainable investments. It also allows bond issuers to brand themselves as socially and environmentally responsible corporate citizens.
Climate-aligned bonds and green-labelled bonds are already prevalent internationally. An HSBC report estimates $696-billion in climate-aligned bonds – defined as bonds used to finance low-carbon and climate-resilient infrastructure – with “labelled” green bonds accounting for 17% of that number. As investors look to shift capital to climate-aligned investments, investment in these bonds is expected to grow substantially, particularly in those where the proceeds will be used exclusively for green projects such as water management, renewable energy, pollution prevention or energy-efficient products.
The auction for the City of Cape Town green bond proved to be hugely successful when it took place on July 12 this year. The city was able to raise its targeted R1-billion from eight allocated bidders, having received bids of almost R5-billion from 31 different bidders. The bond has a 10-year tenure and was issued at a spread of 133 basis points over the R186 government bond. Rand Merchant Bank (RMB) acted as lead arranger for the bond, which included a national investor roadshow in June to market the issuance. Although the local green-bond market is still in its infancy, the issuance created tremendous investor interest that will hopefully translate into increased demand for this growing asset class.
Although internationally more than 60% of climate-aligned bonds are issued by government entities, opportunities exist for corporates across a number of sectors. Financial institutions have been an obvious fit for green bonds in the past, with the proceeds often directed at green project finance deals, but large corporations such as Apple ($1-billion issued in June this year to finance renewable energy and energy efficiency at its facilities) have also made use of green bonds as a source of funding, potentially accessing a different pool of green capital.
RMB’s debt capital markets team is a leading arranger of corporate bonds in the South African bond market. The team has extensive experience in structuring and arranging a diverse range of instruments on behalf of its clients and has arranged two of the three South African-listed green bonds.
Source: https://www.businesslive.co.za/bd/national/2017-09-28-cape-town-addresses-drought-climate-change-with-sas-first-true-green-bond/